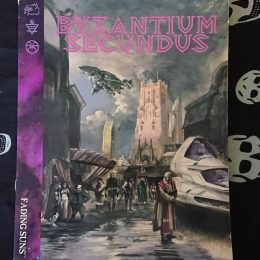 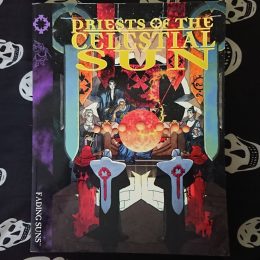 FS231 Merchants of the Jump web Fading Suns Second Edition. Condition good only: rubbing to top of cover near spine and some wear at base of spine.

The third in a series of factions books:

1. Lords of the Known Worlds, 2. Priests of the Celestial Sun  3.Merchants of the Jumpweb and 4.Legions of the Empire.

Priests of the Celestial Sun and Lords of the Known Worlds were later released together as Lords and Priests. Info from RPGG